One of the reasons I love JAFF so much is the passion I have for regency, it’s customs, it’s values and it’s life style. This book will give me a more accurate idea about small details in the daily lives of Regency, more specifically on the customs associated to courtship and marriage, which is per se something I’m very interested in. Needless to say I’m really looking forward to read and absorb all the contents in this book.

Are you also curious about regency’s customs? What about the courtship rules and marriage expectations? Continue reading, and you’ll find out more them 🙂 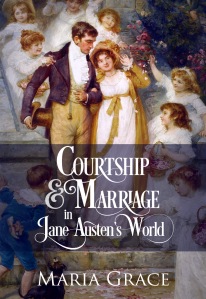 Jane Austen’s books are full of hidden mysteries for the modern reader. Why on earth would Elizabeth Bennet be expected to consider a suitor like foolish Mr. Collins in Pride and Prejudice? Would Lydia’s ‘infamous elopement’ truly have ruined her family and her other sisters’ chances to marry?  Why were the Dashwood women thrown out of their home after Mr. Dashwood’s death in Sense and Sensibility, and what was the problem with secret engagements anyway? And then there are settlements, pin money, marriage articles and many other puzzles for today’s Austen lovers.

Customs have changed dramatically in the two centuries since Jane Austen wrote her novels. Beyond the differences in etiquette and speech, words that sound familiar to us are often misleading. References her original readers would have understood leave today’s readers scratching their heads and missing important implications.

Thanks, Rita, for inviting me to share about courtship and marriage in Jane Austen’s day. Customs have changed so dramatically in the two centuries since Jane Austen wrote her novels that things which were obvious to her original readers leave readers today scratching their heads and missing important implications. It’s amazing how much of Austen’s stories we miss not understanding the context she wrote it.

One of the most bewildering aspects of courtship in the regency era was etiquette and customs surrounding marriage proposals. This excerpt from Courtship and Marriage in Jane Austen’s World explains some of those customs.

Ideally, the rigors of a 19th century courtship culminated in a proposal, called in the era ‘making a woman an offer of marriage.’ Sounds a bit like a business proposal, doesn’t it? Not surprisingly, there were a lot of similarities between the two, including prescribed expectations for exactly how the transaction between the couple would be conducted.

It’s hard to believe that Jane Austen’s iconic proposal scene between Elizabeth Bennet and Mr. Collins (Pride and Prejudice) fit those expectations more or less exactly. But, seriously, it did. Take a look.

In earlier centuries, a suitor applied first to the family before speaking with the woman herself. If her father or guardian did not approve, then the suitor dare not approach the woman herself. But in the enlightened Regency era, such a course was outmoded. Modern society believed young people had a right to choose their mates themselves—as long as their parents didn’t veto their choices afterwards of course.

Until the age of twenty-one, both parties to a marriage required parental consent to marry. Even beyond that age, parental approval was highly desirable, but not essential. Since a couple’s parents often contributed financially to their upkeep, keeping mom and dad happy was pretty important.

But even where little or no property was at stake, parents of daughters (much more than sons) wanted to be consulted, especially when the daughter was still living at home. In part this was because most considered young women to be ignorant and willful and that they could not be trusted to find men with a good character and sufficient economic prospects. (Shoemaker, 1998)

For a child, son or daughter, to ignore the opportunity of making a grand alliance would have seemed foolhardy, not just to their family, but to their peers as well. (Lewis, 1986)

Pride and Prejudice’s   Mrs. Bennet and Charlotte Lucas both demonstrate this attitude in their reactions to Elizabeth’s rejection of the very eligible (at least in the eyes of society) Mr. Collins. Elizabeth’s refusal demonstrates that willful ignorance that parents deeply feared. And who could blame them their anxiety? After all, what is more frightening than allowing your children to make their own choices and having them be wrong?

A gentleman who wished to propose—and it was only the gentleman who could extend an offer of marriage—had the dubious advantage of having very clear procedures to follow. He did have some choices, though. He could offer a proposal in person or more formally, in the form of a letter.

In Emma, Robert Martin uses this vehicle for his first, ill-fated proposal to Harriet Smith. In many ways, Wentworth’s passionate letter to Anne Elliot in Persuasion is also a proposal of marriage.

In either case, it was nearly impossible to conceal his intentions from his intended. An unengaged couple was never left alone, unless an offer of marriage was being made.  Similarly, a man did not write to a woman he was not related to unless it was to make an offer. So either way, the lady could be fairly certain of what was coming.

Mr. Collins’ proposal contains all the hallmarks of a proper Regency era proposal—even though it makes the modern reader cringe and squirm.

According to the conventions of proposing, a man should express great doubt about the woman’s answer, regardless of what he really felt about his probable reception. This would be a sign of respect, since it suggested that her charms were such that she could expect many worthy offers of marriage.

While a young woman could refuse an offer of marriage—not really considered a good idea, mind you, but it was possible—she could easily acquire a reputation for being a jilt for doing so. In fact, both parties could be damaged by a refused offer of marriage, so matters were to be handled with the utmost delicacy and consideration for the feelings of the young man.

The woman might tell a sister or a close friend of a refused proposal. Elizabeth Bennet told her sister Jane, while Harriet Smith discussed Robert Martin with Emma. But she certainly would not talk of it to her acquaintance at large, and most especially not to another man.

Not only was it more ladylike to hold her tongue, it might mollify his dignity and prevent him from gossip that could taint her reputation.

Thus, a rejection should begin as Elizabeth Bennet’s did, with reference to her consciousness of the honor being bestowed upon her by the gentleman in question.

“You forget that I have made no answer. Let me do it without farther loss of time. Accept my thanks for the compliment you are paying me, I am very sensible of the honour of your proposals, but it is impossible for me to do otherwise than decline them.”

This gentle approach to rejection also had the dubious advantage of making it easier for a suitor to propose a second time, as noted by Mr. Collins.

“When I do myself the honour of speaking to you next on this subject I shall hope to receive a more favourable answer than you have now given me; … because I know it to be the established custom of your sex to reject a man on the first application, and perhaps you have even now said as much to encourage my suit as would be consistent with the true delicacy of the female character.”

While being very civil, it did make it difficult to make one’s true feelings clearly known. That, though, was in keeping with the general approach to courtship which largely kept feelings out of the conversation entirely.

Once a couple became engaged, society expected them to act engaged. The couple might begin using each other’s Christian names. Letters and small gifts might be exchanged. A couple could express some degree of affection in public, dancing more than two dances together, for example. Chaperones because less strict, sometimes far less strict. And private affections might be expressed.

In general, engagements did not last very long, often only the minimum fifteen days (three consecutive Sundays) required to call the banns or as long as it took to draw up marriage articles. Considering that according to church records (comparing marriage dates and dates of a couple’s first child’s birth) about one third of all regency era couples went to the altar pregnant, short engagements were probably a good thing. (Heydt-Stevenson, 2005)

If you enjoyed this post, check out my new book, Courtship and Marriage in Jane Austen’s World, available at Amazon, Nook and KOBO. It details the customs, etiquette and legalities of courtship and marriage during the regency era and how it relates to all of Jane Austen’s works. 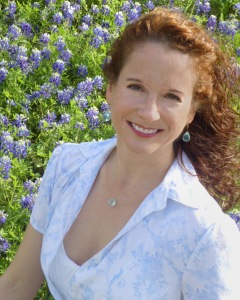 Maria Grace has her PhD in Educational Psychology and is a 16 year veteran of the university classroom where she taught courses in human growth and development, learning, test development and counseling. None of which have anything to do with her undergraduate studies in economics/sociology/managerial studies/behavior sciences.

She blogs at Random Bits of Fascination (www.RandomBitsofFascination.com) , mainly about her fascination with Regency era history and its role in her fiction. Her newest novel, The Trouble to Check Her, was released in March, 2016. Her books, fiction and nonfiction, are available at all major online booksellers.

Maria Grace would like to offer an e-book copy of Courtship and Marriage to one of my readers. The giveaway is international and all you have to do is comment this post and share with us your thoughts on this topic. If you want to know more, feel free to ask Maria 🙂

The giveaway is open until the 26th of September and the winner will be announced shortly after that.