Who is Alix James?

Happy Friday to all!

Can you tell how happy I am that the weekend in knocking at the door? I honestly could not be more relieved that this week has come to an end, but that is not the only reason why I am so happy today, I’m also very excited because today we will finally reveal who Alix James is!

Yesterday we announced here at From Pemberley to Milton that Alix James was the pen name of a well known writer within the genre, and we gave readers a few tips to try to figure out who that author was, the answers were quite similar at first, with Nicole Clarkston getting on the lead, but then we started seeing new names appearing like Gigi Blume, Victoria Kincaid, Florence Gold, L.L Diamond, Caitlin Williams, P.O Dixon, Lory Lilian and Jann Rowland. Seeing all these names appearing and the rationale behind your choices was way too fun, and I had to control myself not to give too much away. Some of these names perfectly fit in some of the tips, remember them? Let’s take a closer look and see the possibilities 🙂

1. In one of the author’s books, Mr. Darcy travels overseas. Because Mr. Darcy lives in England, and England is an island, that trip could be anywhere really…so start thinking…How many books have you read where Mr. Darcy has travelled into a different country?

It could be Victoria Kincaid with The Secrets of Darcy and Elizabeth, or Caitlin Williams with The Coming of Age of Elizabeth Bennet or even Nicole Clarkston with These Dreams.

2. This author writes mainly stories where Darcy and Elizabeth take the stage, but the author has also written at least one story where the main character is a P&P secondary character.

It could be Gigi Bloome with Driving Miss Darcy: Pemberley for Christmas, or Victoria Kincaid with When Charlotte Became Romantic, it could also be P.O Dixon with Lady Harriette: Fitzwilliam’s Heart and Soul, L.L. Diamond with Particular Attachments or Nicole Clarkston with The Courtship of Edward Gardiner. You weren’t expecting so many authors to have books focused on minor characters, were you?

3. ODC always has a happy ending and the author writes the most beautiful scenes between Darcy and Elizabeth, but this author has already created a story where Mr. Darcy has married someone else prior to Elizabeth.

What about this one? It could be Florence Gold with Mr. Darcy Got Married, Jann Rowland with Cassandra, and Nicole Clarkston even has two books that fit this category! Nefarious (which by the way is on sale for 1,99, so go for it!!) and The Rogue’s Widow.

I have kind of given it away by now, haven’t I? So I’ll  just just probably go ahead say it:

People say that where there’s smoke there is fire, and it wasn’t because of pure luck so many of you named her! She does fit all categories,  Mr. Darcy travels overseas in These Dreams (well, he is kind of abducted and brought to Portugal…but he is overseas nonetheless), The Courtship of Edward Gardner is focused on a P&P minor character and she married Darcy to someone other than Elizabeth twice! Nefarious and The Rogue’s Widow saw this wonderful man married to women most decidedly beneath him (see what I did there?).

The first person to guess Alix James identity was Ceri, so she will get a bundle of all 4 Alix James Novels plus one of Nicole Clarkston’s books at her choice. But Alix james…or, should I say Nicole Clarkston is a very generous person, so she decided she would present all other readers who believed it was her with an audiobook code, so congrats everyone! You’ll be able to choose any of Nicole Clarkston’s or Alix James’s audiobooks! Just let us know which one you want and if you want a US or UK code, mail me that information to ritaluzdeodato at gmail dot com, and we’ll send them through.

And of course, congratulations Ceri! You were spot on!

Now, do y’all want to know why she decided to write under a pen name? I’ll let her explain that to you 🙂

Alix James was born last October. Alix is a play on my daughter’s first name, while James is one of my sons’ middle names.

The idea of trying novellas came when I was in my post-partum dumps after the Falling for Mr Thornton project. I was trying with all my might to get back to Tempted, which had been in the works since April of 2018, but I just could not get my head into a writing mode. The truth was, I was wanting to write another Nefarious, and there could only be one of those.

My history has always been to alternate projects. In the beginning, I was alternating North and South variations with my Pride and Prejudice ones. Later, I started switching out the angsty stories like These Dreams with the frothy ones, like London Holiday. It kept my writing brain fresh, and it kept me from falling into depression because every story was so heavy! One of my dearest friends, Joy King, suggested that I try something funny, sweet, and short. Really short.

Entirely on a whim one evening, I started. Love and Other Machines was silly—ridiculous, actually—but fun, and it was just the kick in the drawers I needed as a writer to get my juices flowing again. The Rogue’s Widow, which I published as a Nicole Clarkston book, actually started life as an Alix James novella, until I realized I had too much plot for 20,000 words.

But why write under another name? Well, Jeanne Garrett said it perfectly yesterday in her comment. It gives me the flexibility to try different styles, different plots, without bringing along all the preconceived expectations that readers bring to my other novels. As Alix James, I can take risks and play with off-beat plots I would not normally do with my established name, and I can write in a lighter, more modern style. As only one detail, I traditionally write in British English for my variations, but with Alix James, I went to a more modernized style of writing (I had to because of word count) and I used American spellings. I must say, this has been a learning curve for me, because I always strung out my phrasing and plots as long as I wanted to, but writing extremely tight has taught me a lot about craft.

As for the future, YES, I plan to keep publishing books under both names! I can usually manage about two full-length novels a year, and my goal is to maintain that number as Nicole Clarkston. However, the Alix James books are so fun and light-hearted for me to write that they fill neatly into the cracks. They give me some giggles and keep my brain spinning on something new all the time. 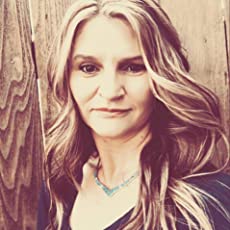 Nicole Clarkston is a book lover and a happily married mom of three. Originally from Idaho, she now lives in Oregon with her own romantic hero, several horses, and one very fat dog. She has loved crafting alternate stories and sequels since she was a child, and she is never found sitting quietly without a book or a writing project.

She has written: Rumours & Recklessness, The Courtship of Edward Gardiner, These Dreams, London Holiday, Nefarious, The Rogue’s Widow, No Such Thing As Luck, Nowhere But North, Northern Rain and participated in the anthologies Falling For Mr. Darcy and Rational Creatures.

You can visit her at www.nicoleclarkston.com

And Alix James is her pen name, with which she writes clean Regency Variations of approximately 20,000 words. She has written Love & Other Machines, Indisposed, Spirited Away and Unintended and you can visit her at www.alixjames.com